There is no power vacuum – Uganda Police 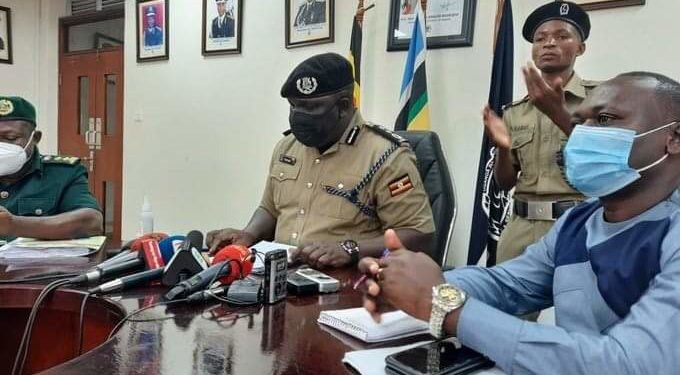 Gen Lokech who was the Deputy IGP for less than a year, succumbed to blood clot in August this year.

Police Spokesperson Fred Enanga says recently a poorly researched report claimed Gen Lokech left a power vacuum in police and that in the absence of the Chief of Joint Staff, there is no clear structure of command and leadership among the other seven Directors.

“We wish to strongly refute the story, and inform them that there is never a vacuum in security leadership. Under the Police Act, the IGP has general powers under section 6(3), to delegate any of his functions to the DIGP or a Senior Police Officer, as witnessed on a number of state functions and other duties,” the force’s mouthpiece clarified.

” The reporter also lacks knowledge on the fundamental aspects of seniority in rank. We wish to inform him that at a horizontal level of ranking, whether at the managerial level of Director, Deputy Director, Head of Department, Head of Section, or Territorial Command at Regional and District level; the Senior Most Officer at that horizontal level, takes command or leadership.”

Enanga added that the Inspector General of Police (IGP) Martin Okoth Ochola is clearly in charge of the whole Police Organisation, and supported by a team of the Chief of Joint Staff and Directors, who are all well equipped to deliver on the delegated responsibilities of their chief.