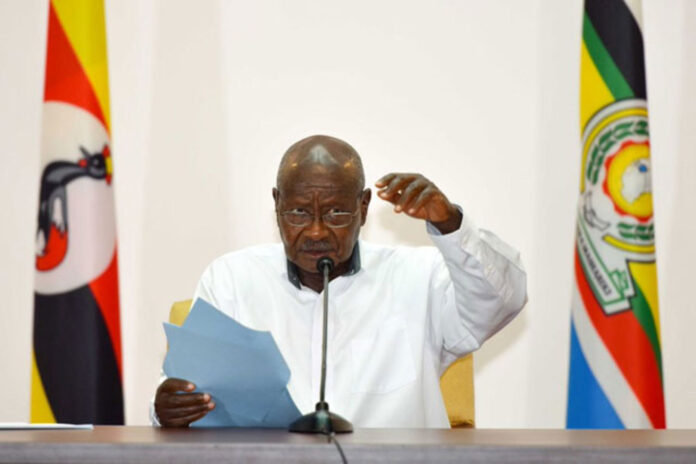 KAMPALA: President Museveni has ruled out provision of subsidies, tax waivers or price control as a solution to cushioning Ugandans against the rising prices of most goods.

For over three months, the prices of almost all goods have gone up, leaving a number of people helpless and crying foul.

Matters have been made worse by the skyrocketing fuel prices.

However, addressing the nation on the current situation, Museveni said government cannot afford waiving taxes or offering subsidies, adding it is suicidal.

“Removing taxes or subsiding imports is suicidal and a blunder. I had sympathy for locally produced goods like sugar, cement because it people buy more of them it would be good. This was until I went to cabinet and looked at taxes we would lose,” Museveni said.

He explained that for example if government decided to waive taxes of cement, it would shs200 billion, sugar shs193billion and shs120 billion for tax waivers on steel bars.

According to Museveni, this would not be a wise move for government, despite the dire situation caused by skyrocketing prices.

“These three alone are already would be more than half a trillion in tax loss. A road like Kampala –Masaka we used shs440 billion to construct it. If we offered tax waivers, the money lost would be more than that used to construct Kampala-Masaka road. All these plans we have would have to stop and we simply consume more .It is good but not wise. We need to solve big problems like roads, electricity. Waiving taxes even on local goods is not wise.”

“The tax loss would cripple our budgets and planned developments. Some of these challenges are temporary.”

Museveni insisted that the idea of slowing down the country’s development and capacity building by waiving taxes because of the problem of the high commodity prices wouldn’t be a wise one.

“Removal of taxes would mean tax loss to government. How then, do we fund our budget for roads, security, schools and health among others?”

The president insisted Uganda is still doing well with its inflation still down, unlike many other countries in Europe and Africa which he said are in dire situation in terms of inflation, mentioning UK, US, Spain, Rwanda and Kenya as among those doing badly.