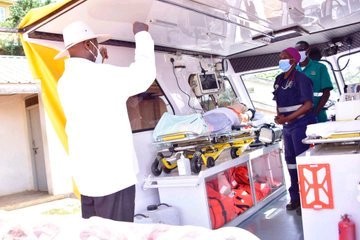 KAMPALA: President Museveni has flagged off Uganda’s first Marine Ambulances under the marine unit of the Ministry of Health that will help bring medical services closer to the people living on the Islands. 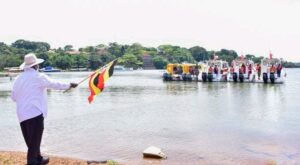 UPDF said in a tweet that the boat ambulances are equipped to handle all emergencies including the Intensive Care Unit (ICU).

“The water ambulances will be operating under the Ministry of Defence and Veteran Affairs (MODVA), following a Memorandum of Understanding (MOU) between the two ministries,” UPDF said on its official Twitter handle.

It added: “The Marines Brigade will train ministry of Health officials to man the ambulances on water.”

Speaking after the launch, President Museveni said there was a serious gap in emergency services on the water for many people on the islands of Uganda.

“I have commissioned the Marine Ambulances to strengthen emergency care services on our water bodies. These boats MUST be available for our people all the time, ” he directed.