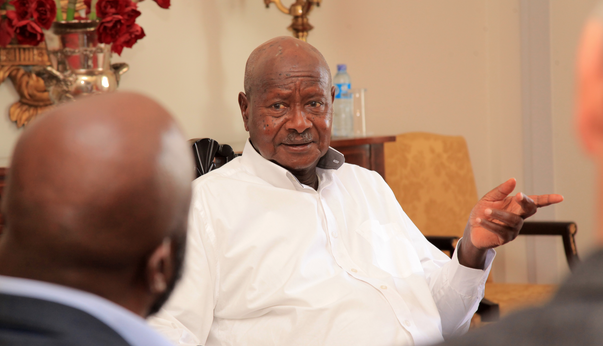 President Museveni has finally assented to the long awaited Prevention and Prohibition of Human Sacrifice Bill 2021, which criminalises the act of human sacrifice in Uganda.

Receiving the copy of the Act from the acting Clerk to Parliament, Andrew Waiswa, the mover of the bill and former Ayivu County MP, Bernard Atiku, said the new law will see those involved in the act of sacrifice face death or longtime sentences.

The Prevention and Prohibition of Human Sacrifice Bill 2021 was moved as a private member’s bill by Atiku with the intent of addressing the growing vice of human sacrifice in the Country.

According to reports, human sacrifice especially among children has become rampant in Uganda since the 1990s and has continued to escalate. The vice has become a big concern to law enforcement agencies, parents, child rights activists and the general public.

According to the new law, any person who mutilates or causes death of another person for the purpose of performing or furthering a ritual commits an offence and will be punished be death penalty upon conviction.

The new law also bars any child from entering a shrine and anyone found with a child in a shrine will be liable to imprisonment and in case a child is found with body injuries, the culprits upon conviction will be sentenced to death.

The law also stipulates that a person who finances another person, whether directly or indirectly to commit the offence of human sacrifice will be liable on conviction to suffer death.