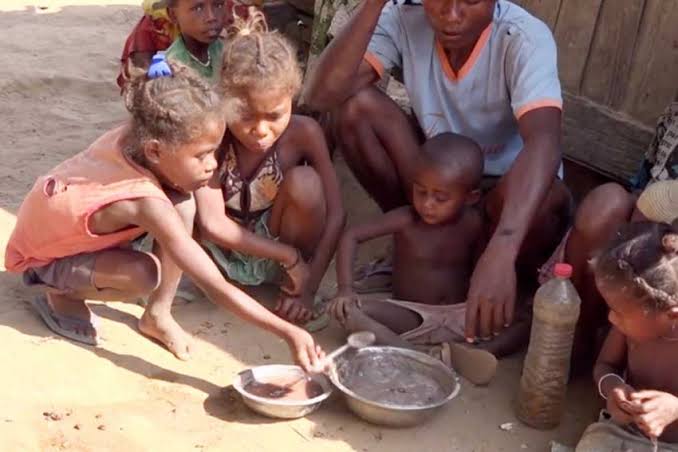 ANTANANARIVO: Madagascar is on the brink of experiencing the world’s first “climate change famine”, according to the United Nations, which says tens of thousands of people are already suffering “catastrophic” levels of hunger and food insecurity after four years without rain.

The drought – the worst in four decades  has devastated isolated farming communities in the south of the country, leaving families to scavenge for insects to survive.

“These are famine-like conditions and they’re being driven by climate not conflict,” said the UN World Food Programme’s Shelley Thakral.

The UN estimates that 30,000 people are currently experiencing the highest internationally recognised level of food insecurity – level five – and there are concerns the number affected could –  rise sharply as Madagascar enters the traditional “lean season” before harvest.