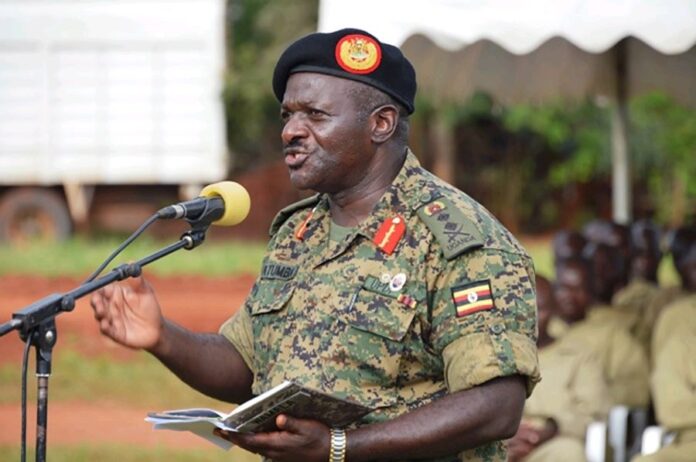 MUKONO: Gen. Edward Katumba Wamala, the Minister for Works and Transport has said he is not ready to quit his state duties as advised by different people.

Gen. Katumba has insisted that despite the advice from different people asking him to quit service and help the people as he has always done, he is instead not ready to heed the advice.

He made the remarks today (Saturday, June 4, 2022) at the thanksgiving prayer breakfast for God saving his life from assailants to hundreds of friends and relatives at Kikandwa, Kasawo in Mukono district.

Archbishop of the Church of Uganda, Stephen Kaziimba Mugalu, led the service.

The General says after surviving an assassination attempt that claimed his daughter Brenda Nantongo and his driver in June last year, many people have expressed worry that his life was not safe if he stayed in public service.

During the mid-morning attack in the Kyebando suburbs, the gun trotting assailants also shot and severely injured Katumba in the arm.

In defence, the battle-hardened decorated military General fired back as the attackers took off with fast-moving motorcycles.

The function was also graced by the Prime Minister, Robinah Nabbanja, Deputy Speaker of Parliament, Thomas Tayebwa, several ministers and Members of Parliament.